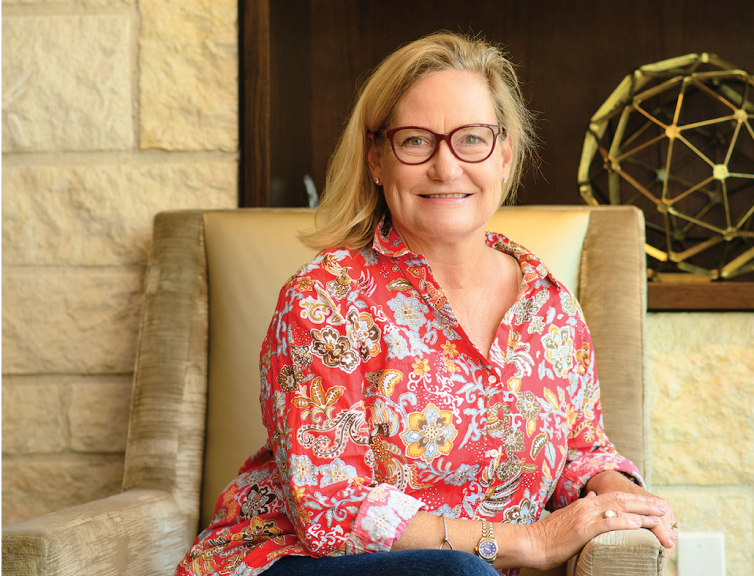 For more than a decade, Dr. Cristin Dickerson of Houston has been disrupting the way radiology services in the U.S. are provided and billed. By doing so, she has helped create a better payment landscape for employers, patients, and even for radiologists in the markets her company serves.

BUILDING ON A BRAINSTORM

Dickerson, a well-credentialed radiologist with a background that includes training at the MD Anderson Cancer Center and a degree from the University of Texas Medical School in Houston, is founder and CEO of Green Imaging PLLC, a pioneer in self-pay and imaging.

She conceived of Green Imaging when Houston’s uninsured rose to 21 percent of the patient population, while at the same time radiology services were moving toward centralized departments within hospital systems. The rates for imaging began to skyrocket, and in turn led to more bad debt for medical providers.

With these combined factors, Dickerson saw a need for affordable alternatives for patients and employers, and at first, she thought about opening her own imaging center. “I had developed an imaging center when I was president of a multispecialty group,” she says. She helped digitize that group practice in 2005, so she had the right background to start building. But she hit a roadblock almost immediately.

“By the time we priced it out, it was going to be several million dollars and I wasn’t going to be able to save anybody any money,” she says, “but Travelocity and some other shared models were starting to emerge.”

Radiology was an ideal industry for a self-pay model, as Dickerson notes. “In the Stark Laws, which are the self-referral laws, radiologists have an exemption,” she says. “We’re considered consultants for imagining centers, and so we can actually do per-click lease arrangements with imaging centers. Typically, in an outpatient imaging center, the center pays the radiologist a flat fee for their professional service, and then they bill the patient globally. In hospitals, it’s split-billing: The radiologist group bills for one service and the hospital bills for the other.”

Dickerson developed an unprecedented model—to buy the scan directly from the imaging center and hire internal radiologists to provide the interpretation. “And then we would bill globally,” she says. This limited the need for overhead and even for a large initial investment, and Green Imaging continues to operate as a virtual company.

By following such a model, she could offer lower imaging rates for the employers and patients she sought to serve, while simultaneously filling an income gap for radiology centers that have chronic unfilled time slots on their imaging machines. “I had a radiology group and I was reading for all these imaging centers that were at only 50 percent capacity,” Dickerson says, “so I got the idea to offer to buy time on their scanners at a discount. If I could buy time on the table, this would be icing on the cake for them.”

The first imaging center Dickerson approached was run by one of her former MD Anderson professors. “I said, let’s give this a shot—let’s see if we can get some more volume your way,” The center agreed, and volume increased. “We just needed to find a different way to tap into resources that were being under- or not utilized, and create savings, and that’s what we did.”

Laura Turcotte, who has done contract work as an external design consultant for Green Imaging and other providers in the health care industry, had an experience about 10 years ago that will sound familiar to many American families with high-deductible plans. Her daughter unexpectedly needed an MRI for a sports-related injury.

Turcotte remembered that high-deductible plans were beginning to dominate the insurance marketplace and employers were starting to worry about skyrocketing health care costs across the board. Her family carried a high-deductible plan, with a family deductible at $10,000 and an individual deductible at $5,000. “As a relatively healthy human being with a relatively healthy family,” she says, “it never impacted me because all I did was pay my premium, went to the doctor, paid my copay, and everything was great.”

Although Turcotte had the knowledge and skill to calculate her patient pay herself, the financial counselor refused to provide her with the necessary contracted insurance information, telling her that it was “privileged information.” Incredulous, Turcotte pointed out that as the one paying the bill, she should have access to the information used to calculate it.

“So, I just looked at her and I said, ‘I’m going to pay you $1,800 today, and then I don’t know how much more I’m going to pay later? I just want to make sure I understand that correctly,’ and she said, ‘Yes,’” Turcotte says. “I looked at her and said, ‘You do realize that that’s like me going into Pottery Barn and them telling me that the shelf I want is going to be about $50, and then I buy it, and when I take it home, they may or may not send me a bill for an additional amount,’ and she looked at me and started laughing, and said, ‘Yeah, that’s pretty much it.’”

That’s when it hit her that Green Imaging offered a solution for this sort of situation. “I thought, this is precisely why Cristin Dickerson built her business the way she did. So I called Green Imaging,” and asked for a quote from their patient concierge. It was in the vicinity of $350 all in, unlike the hospital, which would have sent at least two billing statements. “So we’ve been using them ever since,” Turcotte says. “It’s so simple that you can’t believe it. One thing I didn’t realize the first time I used them is that you can use your health savings account for it. So I go to Green Imaging, and I just give them my HSA card.”

Green Imaging makes every effort to make the process as easy as they can for patients. The process is simple. A patient reaches out, by phone or secure text message, and contacts an actual human who can connect them to a local service provider within minutes, assuming the patient has their imaging order from their physician on hand, and their other needed personal information. If the patient agrees to the rate, he or she pays up front and then goes to the imaging provider for the scheduled appointment. And that’s it—no surprise bills.

Green Imaging has grown from its initial local contract a decade ago, to more than 1,400 centers across the U.S. today. Dickerson says the company determines when and how to enter a new market through research. “We read the studies, when there are enough employees or covered lives in an area to justify that. The first five years, we were just in Texas, and we have a very mature Texas network,” she says. “And then we also have two huge clients in Florida— we have a school district, and we have the Rosen Hotels & Resorts.”

Green Imaging has worked with the School District of Osceola County in Florida for nearly two years. In 2019, employees had their entire wage increase wiped out by their insurance premiums, and the teacher’s union petitioned the school board for solutions. Enter Green Imaging. The board contracted Dickerson’s company for zero out-of-pocket costs for their employees. The employees are clearly benefitting, but so is the school district.

Carolyn Grant, a Health Rosetta benefits advisor, met Dickerson at a conference a couple of years ago. She immediately saw the potential cost savings for teachers and their employer. “When you pay the price of an MRI at $450 compared to $1,500, it’s a big difference to the group,” Grant says. “It’s a triple win, right? It’s a win for the employer, it’s a win for the employee, and it’s a win for the plan. It’s so easy and the concierge behind it is just beautiful.”

“We had predicted that we would save them $1.3 million, based on our existing network,” Dickerson says. “We were actually able to leverage that large number of employees, get them better pricing, and we actually saved them $1.5 million in 2020, and we’re on target to save them $2.5 million this year.”

“Dr. Dickerson is a highly credentialed radiologist herself,” Grant says. “All providers and all doctors are not equal. There are some crappy specialists and some really great specialists. In her field, she is top-notch. It’s great to know that. She’s running this very creative business, but she’s also this really great radiologist.” 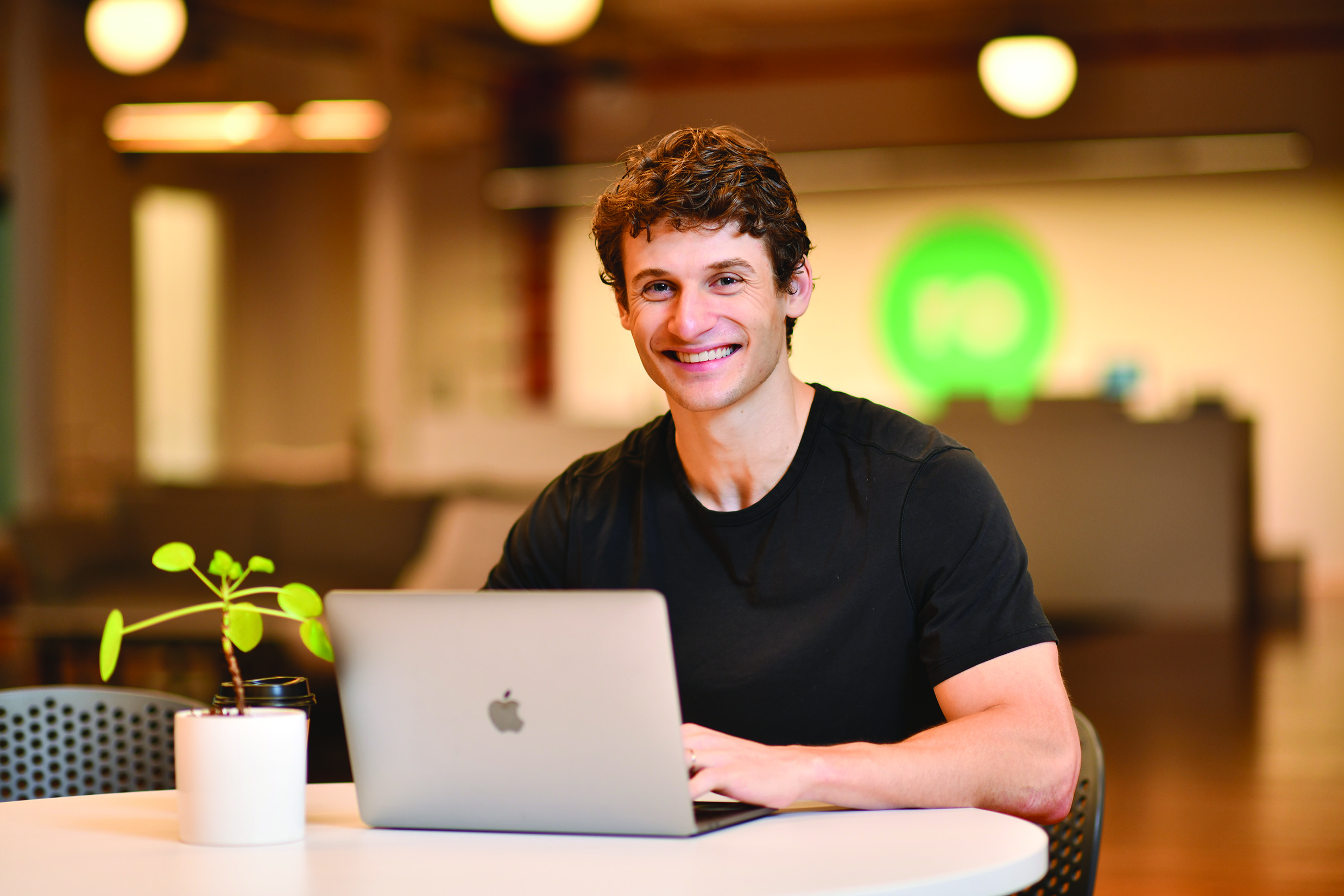 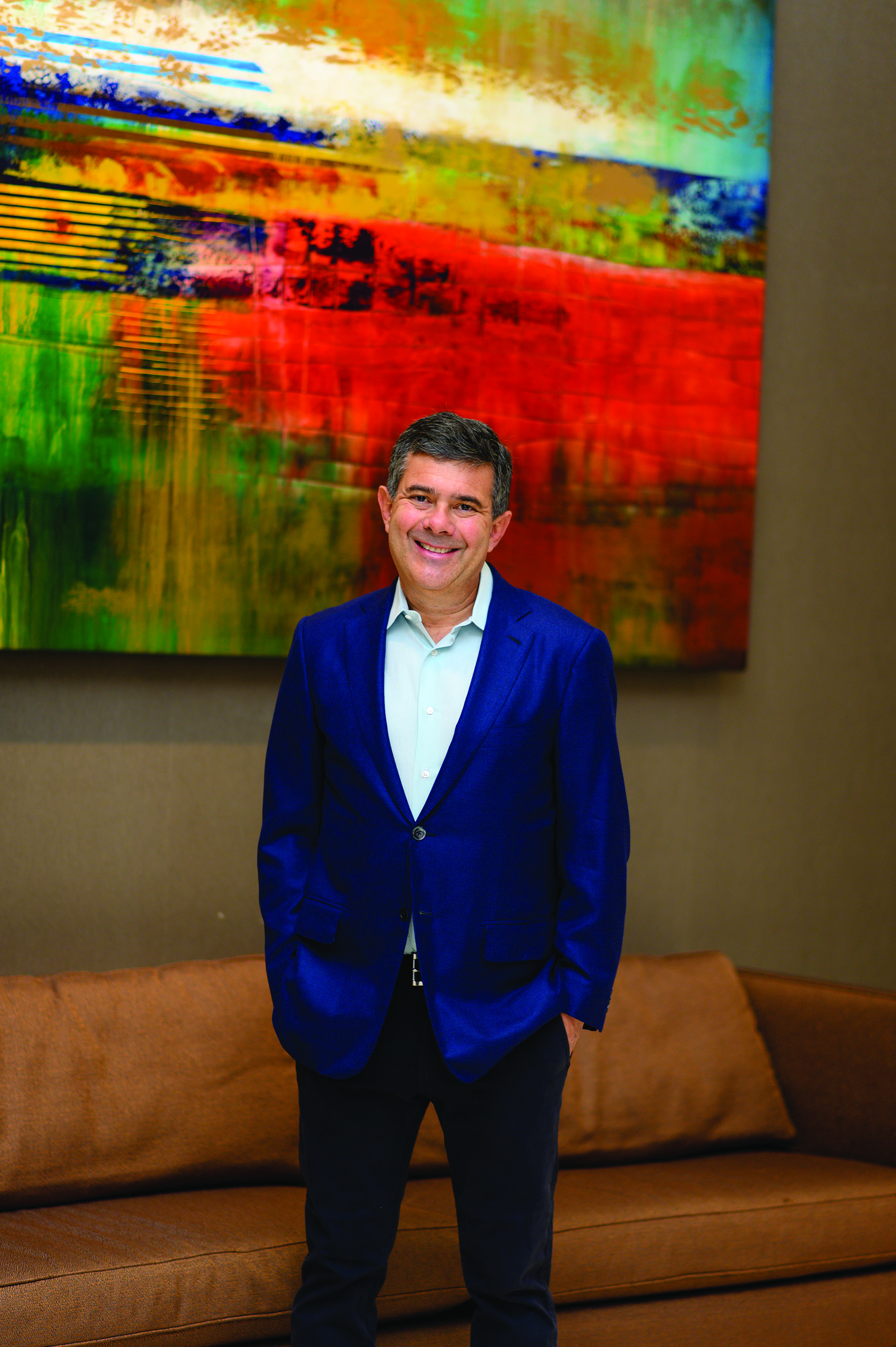 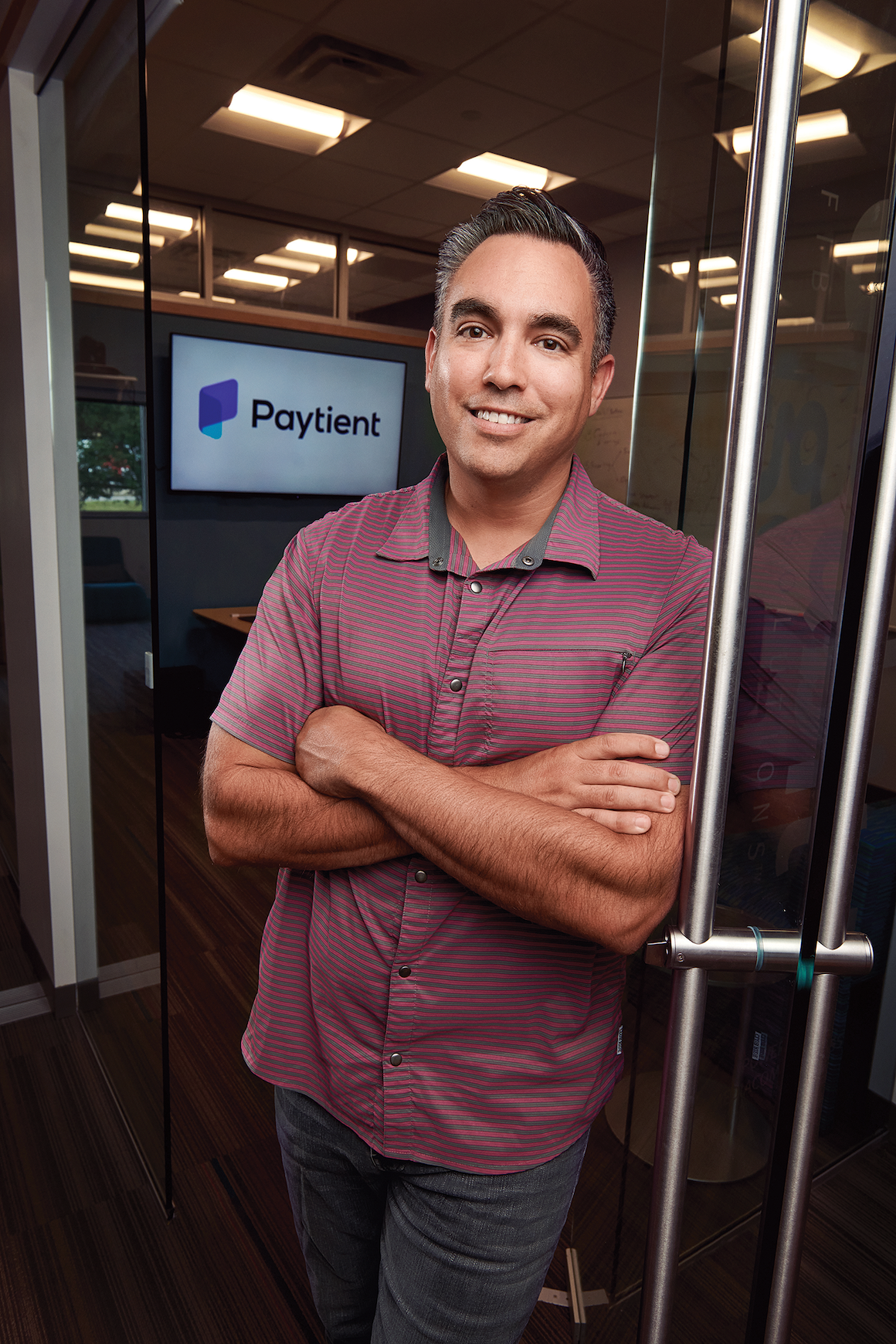 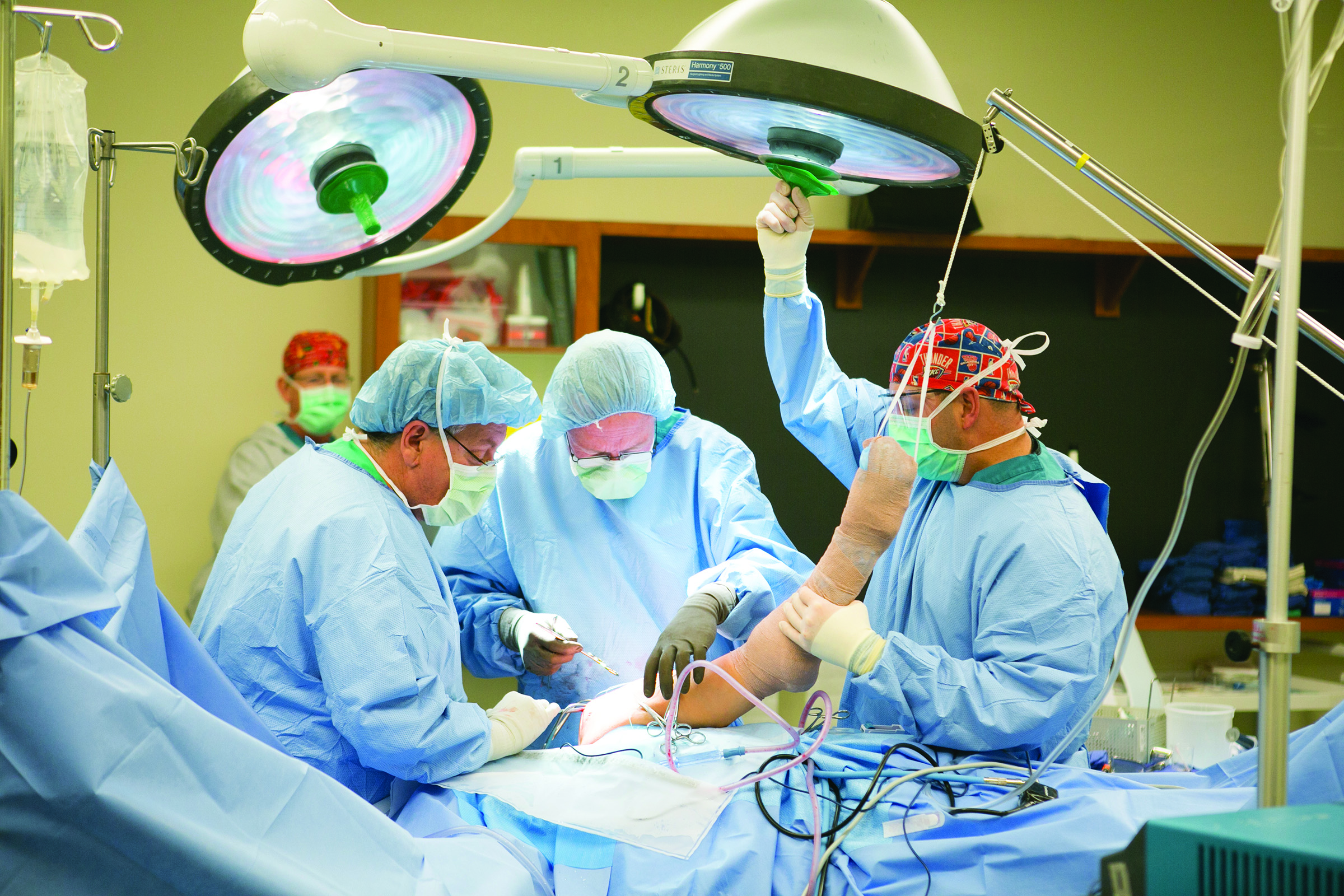 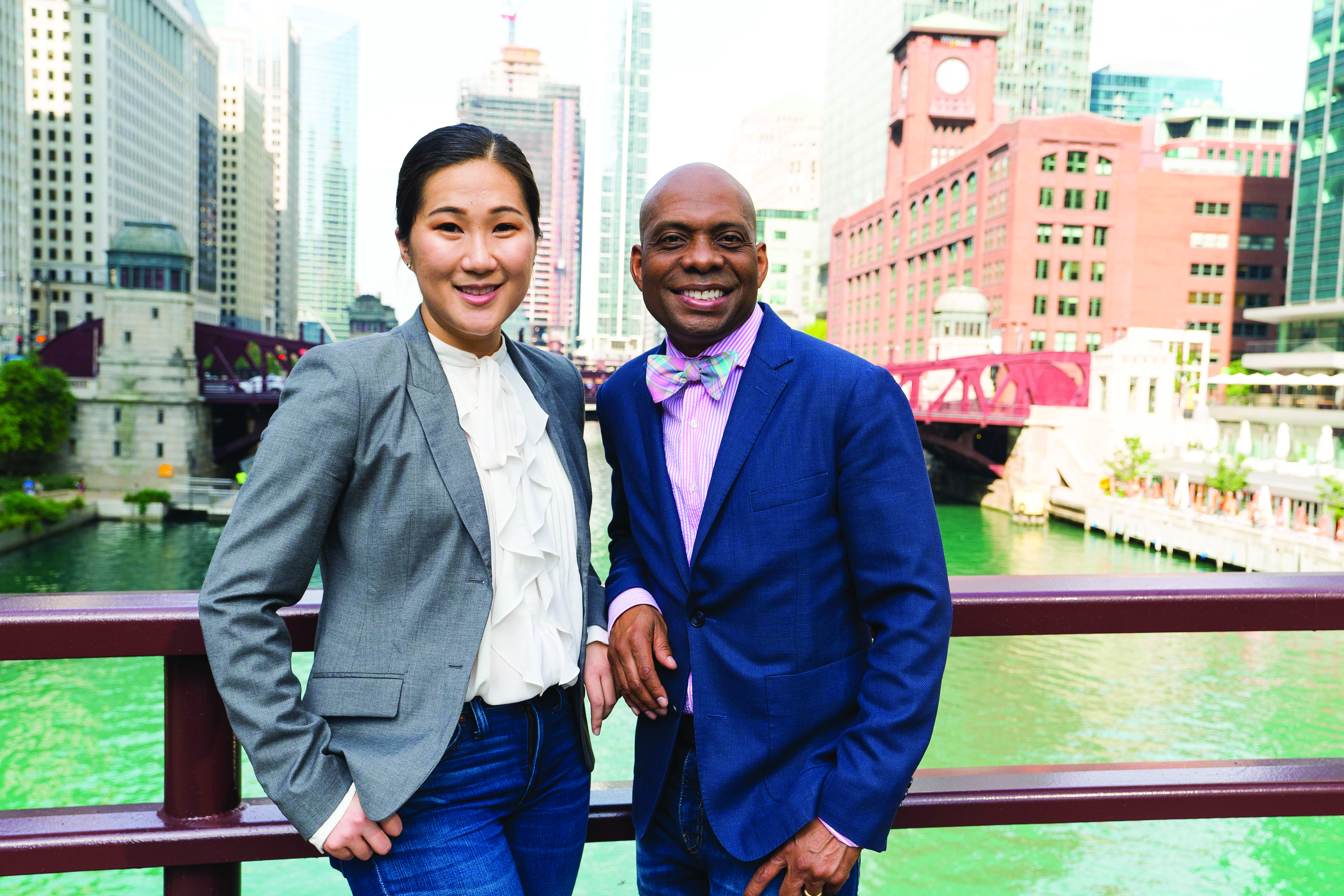 Standing Up For Startups

“We’ve excelled at recognizing that it really is all about relationships. We’re able to easily identify our clients’ missed opportunities and the most effective approach to re-engaging with those opportunities.” — Haesun Chang

Standing Up For Startups 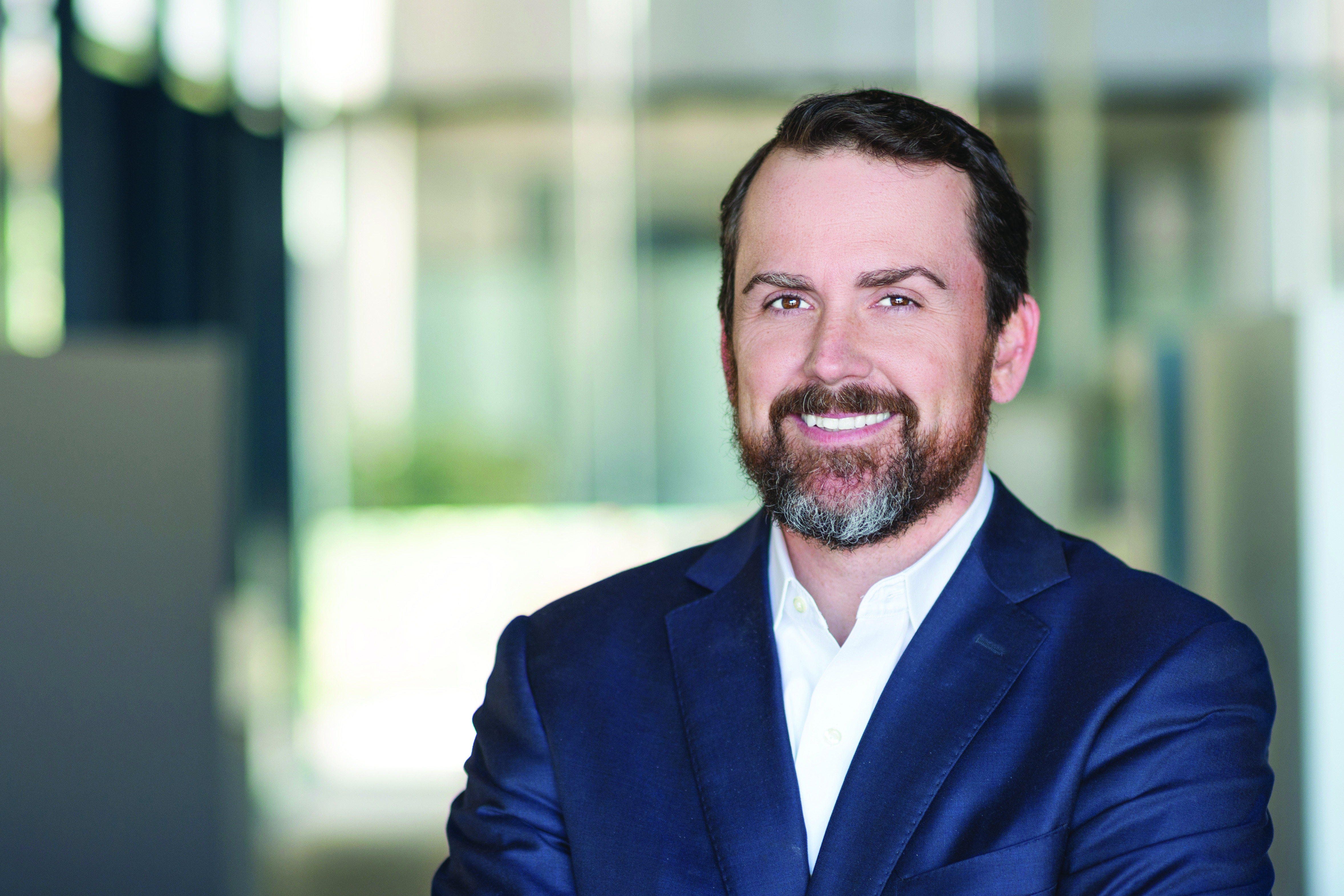 “Employers want to create a great benefit that people value, but they need to be able to do that in a sustainable fashion.” – Scott Schoenvogel

“People from all over the country started buying from us when they realized the price differences were so stark that they could cover all of the travel expenses for their employees, waive all deductibles and copays, and pay for all of the care at 100 percent.” – Dr. Keith Smith